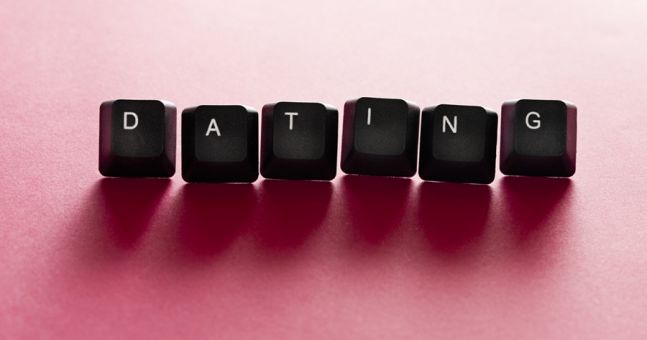 For those of us single people out there who frequently date, there is a considerable amount of frustrations that come with our current state of pursuing love in the age of ‘like’. In a world of perpetual digitization, the way we date and meet people has drastically changed from days of yore.

Today, it is not uncommon to measure someone’s interest in you by counting the number of messages you can view while scrolling down a lit screen.

That’s right. You’re just a couple Tinder swipes away from embarking on one of the most flakiest transcripts of conversation you’ll ever have the technological convenience of exchanging on your smartphone. That speedy rush of sensation when finding a match has now led you through a process of “Who’s going to respond first?” to “Who’s going to ask who out?” to “Who cares less?” to eventually one of you sending the dreaded break up text (yes, no one is necessarily expected to be considerate enough to end things in person and can easily spare themselves the sight of someone’s sobbing tears).

In any modern dating scenario, there is a lot to be learned. The fact of the matter is that the way in which we meet others romantically is evolving. Through trial and error, you can become wise enough to avoid and accept the downsides of modern dating.

We’re all prone to lying.

Now, what you’re about to read sounds particularly cynical. I just find it useful to remain as realistic as possible when dating nowadays.

It’s always a safeguard to start out with low or even zero expectations. The important reason being is that people lie. In every capacity. No matter how superficially honest they look. It is beneficial, in the beginning, to perceive everything from your dating partner as a reflection of truth. This will allow you the amount of time necessary to perform research needed to find the bigger truths further down the line.

During this period, yes, even you are allowed to fabricate. White lies or the occasional big lie.. We all engage in it. Just be prepared to accept the likelihood of attracting those who propagate even bigger lies. It is important to maintain a small dating pool to avoid this.

Texting is an invention which has likely changed human communication for the worse. Being the most informal and impersonal form of communication, it can build upon elaborate fantasies, give others false hopes, and completely boggle your flow of conversation, creating a slew of misunderstandings. Making phone calls is becoming less common, causing many to miss out on meaningful words, tones, and conversations. Get accustomed to your selection of emoticons.

No one solidifies plans anymore.

Prepare to be very flexible and often let down. The idea of arranging plans is now a dying art. With millions of people receiving 24/7 social media updates and texts, people may find more interesting options which may or may not concern you. Accept this. Sometimes, you’re not on the agenda. You may have to get use to “maybe” or sit in “I’ll let you know” limbo status for a while which can be pretty nettlesome. Or, you may just not hear back from them at all.

People have a lot of options.

In an age of instant gratification, we are presented with a surplus of online options. Any artard can now present themselves with a pick-and-choose plethora of attractive women on OkCupid, Match, eHarmony they would otherwise occasionally or rarely meet in any bar.

With a multitude of options, some people, such as those in their 20s, can easily turn their young lives into a long, arduous exercise for seeking better and better romantic candidates. To some, it can become a full-time job in itself.

You must learn to adapt.

Adaptation is a useful process, not only in dating, but in life. You will be disappointed by people. Learn to be patient before you disappoint yourself. If you decide to quit on everyone who disappoints you, you’ll find future options to be few and far between.

Adapt because trying the same thing every time is never conducive for success. You will have to change. Examine what you’re doing wrong. This will perhaps help you realize the negative qualities attributed to your personality. This will make you more apt to try new things with others that will help change yourself for the better.

You can never truly know someone.

Whether it’s your own repressed issues or a significant other’s that will eventually magnify and wart people away, we all keep things from each other and the world. Try and learn as much as possible about yourself before dating. Trust yourself to make the right decisions and you’ll feel a heavy weight lifted once you let people mind their own.

We’re all in a mad scramble for affections.

The cliché lives on. Love is indeed a battlefield. It’s a rat race like any other. Give up on dating entirely, if you have to. Come back fresh and just go with the flow of it. Don’t over-share or make yourself too available. Give others some mystery. Be patient enough to allow others the time needed to find some sort of balance. With you, having accepted all your good and bad parts, a new found comfortability will be observed, sought after, and valued by others.