By now, I’m sure most of you have heard the game-changing news regarding the United Kingdom officially leaving the EU. As world leaders meet tomorrow to discuss future actions, this massive shot in the dark has attached to it such troubling ramifications as to inspire uncertainty onto not only Great Britain but the economy all the world over.

To understand the full gravity of this decision, we must take a close look at why this has happened, and view Britain’s austerity as something that has changed from imperialist legacy to a modern-day contortion of it; one that has been assigned to a certain population and its resentment toward global capitalism.

FACT: Did you know that after the Brexit vote, a large number of Brits turned to google search in order to ask questions such as “What is the EU?” and “What is Brexit?”

In our epoch of internet feeds and updated news posts, developed countries still fall victim to knowing too little, too late. I suppose, as a species, we collectively watch too many adorable cat videos to pay enough attention to important global political and economic happenings.

Like the many searches in the UK, the entire world is learning more about what the four-month Brexit campaign actually was and what these concluded polls mean in terms of Britain fears towards immigration and the country’s unexpected decision to leave the EU. Ultimately, we’re wondering what this will mean for the future of economic trade and global cooperation.

It would appear that the cautionary warnings of an EU exit by president Obama, major corporations, and even Britain’s own political leaders, fell on deaf ears as a majority of Britons acted out on a predominant mood of dissatisfaction with the British government.

Who are these disgruntled voters, exactly? Much of the elderly who have lived to see a calamitous war in Iraq, a 2008 recession, growing European austerity, static working wages, mass immigration, and tax breaks for the super rich. 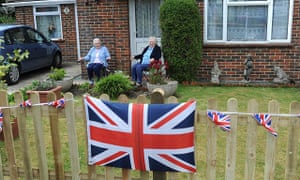 Now, here’s a familiar picture. Although all these issues may not have a direct connection with the European Union or the vilified bureaucrats of Brussels, they do present a striking parallel to what’s going on with Trumpism in America.

With David Cameron, the British prime minister, having resigned and been left as a capacity caretaker for the next few months, the pound has already plunged 10%, the weakest it’s been since 1985. And while mainstream European Politicians are marking this as a sad day for Europe and Britain, major rightists such as Marine Le Pen of France and anti-immigration Dutch politician Geert Wilders are in jubilation. Europe and the world have, indeed, entered a period of volatility and threatened stability.

While right-wingers are now exulting at ideas of holding their own national referendums, it presents a precarious scenario for what could happen come November here in the US.  A Trump victory seems more plausible now that the status quo, our developed democracy, is at risk of being tarnished by ballsy decision-making provided this widespread take-our-country-back rhetoric which has taken hold, both domestically and internationally.

The European Union is at its most vulnerable time since its inception after World War II. For decades, it has served as a solid ground for countries to stand on for purposes of unity; to avoid the repetitive wars which ravaged generations before it.

In this time of science, reason, and limitless information, the world appears to still have room for myth-building. Britain had its sovereignty as a world power, to begin with. Through waves of irrational fear-mongering, stories of invading hordes have yet again thrown the European continent into a treacherous trial of high-risk political and economic unknowns.

Trump opportunely landed in Britain on Friday, congratulating the UK on its big leave. And although he wouldn’t mention what Britons were taking their country back from, you can bet that this controlling force will continue to forefront its national identity.

Cameron’s successor could very well be Boris Johnson, the ostentatious, former mayor of London. He was one of the leaders of the Brexit campaign. He sports a trademark mop of blonde hair. And although it’s not quite the intricate, orange comb-over of Trump, I fear The Era of the Hair is looming upon us.